The beginning of the new school year will mark changes in how school districts must provide services to special education students during COVID-related school closures. The Department of Elementary and Special Education’s (“DESE”) most recent guidance related to students with special needs and the COVID-19 pandemic instructs school districts to prioritize providing in-person services during the 2020-21 school year to students with disabilities – particularly preschool age students and students with significant and complex needs. The rationale behind this guidance is that these students have a more difficult time accessing remote instruction than other students. In its guidance, DESE defines “students with complex and significant needs” as: Students already identified as “high needs” through the IEP process on the IEP form entitled “Primary Disability/Level of Need-PL3.” Such students must meet at least two of these criteria:  Services provided outside of the general education classroom Service providers are special education teachers and related service providers; Special education services constitute more than 75% of the student’s school day; Students who cannot engage in remote learning due to their disability-related needs; Students who primarily use aided and augmentative communication; Students who are homeless; Students in foster care or congregate care; and/or Students dually identified as English Learners. DESE emphasizes that school districts must first attempt to provide full-time in-person instruction for these students, even if the rest of the school has entered into a hybrid or remote model of instruction.  In the event that this level of service is not possible, DESE stresses that school districts should provide as many in-person services to these students as possible in school on a part-time basis, and, where possible, provide the remainder of the services in-person in the home or community setting.   DESE also clarifies that during the 2020-21 school year school districts must provide students with all services documented in their IEPs – whether through in-person instruction, remote instruction, or a combination of both, with a strong emphasis on providing in-person instruction to the greatest extent possible, while abiding by the current necessary health and safety requirements. Additionally, while DESE had advised school districts in the Spring of 2020 that they could satisfy the requirement to provide a free and appropriate public education (“FAPE”) during remote learning through a Resources and Supports model (i.e. sending packets and assignments home coupled with frequent communication with parents), DESE has revised its position for the 2020-2021 school year. DESE now instructs school districts that they must be prepared to provide remote learning to students with special needs through the “Instruction and Services” model (i.e. structured learning time, teletherapy and video conferencing). The “Resources and Supports” delivery model can only be used on a temporary basis for no more than two weeks upon return to school. DESE’s guidance can be found here: http://www.doe.mass.edu/sped/ If you have any questions about information contained in the guidance, or other concerns related to the provision of special education services during this pandemic, please give us a call. We, like you, are in new 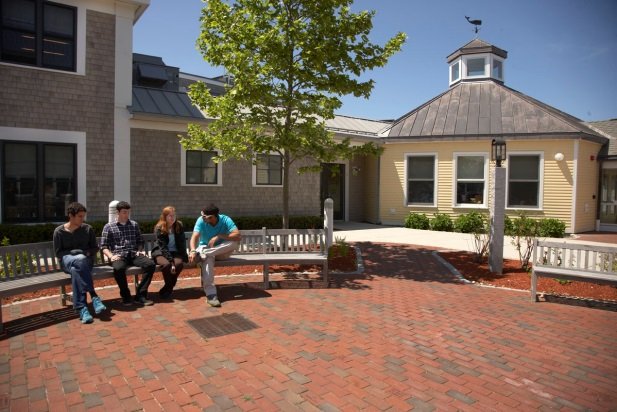 Sankey Law Offices recently prevailed in a hearing before the Bureau of Special Education Appeals which resulted in the placement of a 15 year old boy at Riverview School. The student, who presents with diagnoses of Autism Spectrum Disorder and an intellectual impairment, was placed in a partial inclusion program at Fairhaven High School. It was Fairhaven’s position that its program was appropriate because the student was able to access the general curriculum and was an active participant in his classes. Moreover, Fairhaven argued that the student loved to participate in band and that his removal from the community to attend a private school would deprive him of his independence and the ability to socialize with non-disabled peers. Over the course of a three-day hearing, the student’s parent was able to demonstrate that the student was unable to access grade level academics even with a dedicated paraprofessional. The parent also showed that Fairhaven had failed to provide recommended reading intervention and, most importantly, that the district ignored its obligation to embed social skills instruction throughout the student’s school day. Based in large part upon these deficiencies, the hearing officer ordered Fairhaven to fund the student’s placement at Riverview School. From our perspective, there are at least three important lessons from this case. First, the hearing officer was resolute in requiring that there be objective measures of performance to establish effective progress. The fact that the student appeared engaged and happy in general education classes was not enough to justify Fairhaven’s program. Instead, the hearing officer noted that the lack of objective measures – such as evaluations and data-driven assessments – undermined Fairhaven’s claim that the student was making effective progress. Most notably, the hearing officer rejected the notion that report cards and progress reports are sufficient to establish progress, describing them as little more than “subjective and global reports of class participation” rather than objective measures of academic progress. Second, the parent demonstrated that the student’s goals, objectives and benchmarks were largely unchanged over a three year period. The hearing officer noted, quite correctly, that the continued presentation of identical goals indicated that the student was not making progress. This is a clear reminder that, whether participating in a team meeting or reviewing an IEP, it is critical to pay attention to the goals and benchmarks in order to determine whether the student is truly progressing. Finally, as we always stress to our clients, the retention of highly qualified and articulate experts to evaluate and observe is essential to success at a hearing. In this case, the hearing officer credited and relied upon the parent’s expert to a very high degree in determining the student’s learning needs and in evaluating Fairhaven’s proposed program. We continue to believe that a case cannot be won in any hearing without highly competent and thoughtful expert testimony. The bar is always high when seeking an out-of-district placement for a student at a school district’s expense. This case illustrates the painstaking detail that is required